< Back to MixEmergency Tips & Tricks

There are two ways to set up MixEmergency's preview windows. The first, and easiest, is to have all three preview views on a single window, as shown below.

It's possible to split this window into three separate preview windows - allowing you to position them wherever you would like on your computer's screen.

As you can see, in the image above, each of the three preview windows can be resized and placed independently.

So, how do we achieve this? It's easy. First, open MixEmergency's Preferences. Next, open the pop-up menu labelled Layout. You will see two options. Selecting Multiple Window Preview will split the preview windows into three separate windows. 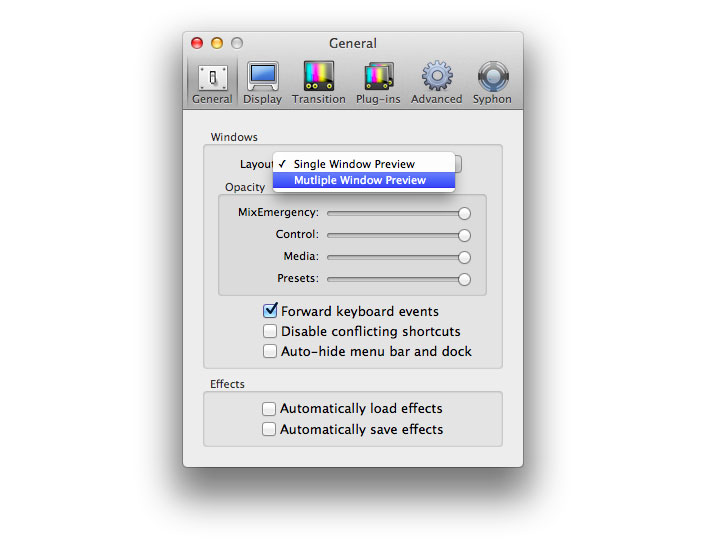 You can also close any preview windows that you don't need. When you hover the mouse pointer over a window, a control to close the window will appear. Shown below is the Multiple Window Preview mode with the Master Output window closed.

You'll notice that the second button along the bottom of the MixEmergency window is no longer enabled. You can push this button to open the window again.

This tip was created with MixEmergency 2.6.1 and Mac OS X 10.9.4. Subsequent versions may differ.